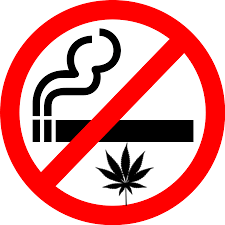 The coming into force of the legalization of cannabis in Canada, set for July 1, 2018, raises a number of questions.

The Régie du logement is taking this opportunity to review some of the rules concerning the use of tobacco in rental residential buildings, since those rules could also apply to the consumption of cannabis, once its use is legalized.

Clause in the lease

The guidelines of the new bill concerning cannabis are not yet clearly defined and obviously, there is still no jurisprudence on the matter. However, by analogy, it is conceivable that, as is the case for tobacco, a clause prohibiting cannabis from being smoked in a dwelling would also be considered valid once the legalization process is completed.

Modifying a condition of the lease

A lessor who wishes to add a non-smoking clause to a current lease can do so by following the procedure already provided by law for the clause to be effective on renewal of the lease. To this end, the lessor must send the lessee a written notice1 within the legal time periods.

The lessee has one month from the date of receipt of the lessor's notice to indicate whether the proposed modification is accepted or refused. If the lessee does not reply within that time period, the modification is considered to have been accepted.

If the lessee refuses the modification, he or she can decide not to renew the lease and to leave the dwelling at the end of the lease. In this case, the lessor could then add a non-smoking clause to the new lessee's lease.

In the past, the tribunal has sometimes been reluctant, during the term of a lease, to add a non-smoking clause. However, a clause prohibiting the smoking of cannabis, once it has been legalized, has yet to be submitted to the consideration of the tribunal.

1. Namely, the Notice of rent increase and modification of another condition of the lease , a model of which is available on the website of the Régie du logement.

The Tribunal administratif du logement is just a phone call away

Calculation of the 2022 rent increase

Read about Calculation of the 2022 rent increase

Dissemination of the applicable percentages to the fixing of rent